#WomenInGovernment. women in government. In Dubai, it’s a real statement of faith that will be on display in the hall of the exhibition center that hosts the World Government Summit (WGS) at the end of the Universal Exposition that closes its doors this Thursday, March 31st. A Summit to which the Women’s Forum was invited, with several events taking place in one of the conference rooms of the WGS as well as in the Women’s Pavilion at the heart of the “Expo” to trace the contributions of women in culture, science or politics throughout history and in the world. Another way for the United Arab Emirates (UAE) authorities to show their desire to make up for lost time on gender equality in these countries with patriarchal traditions. 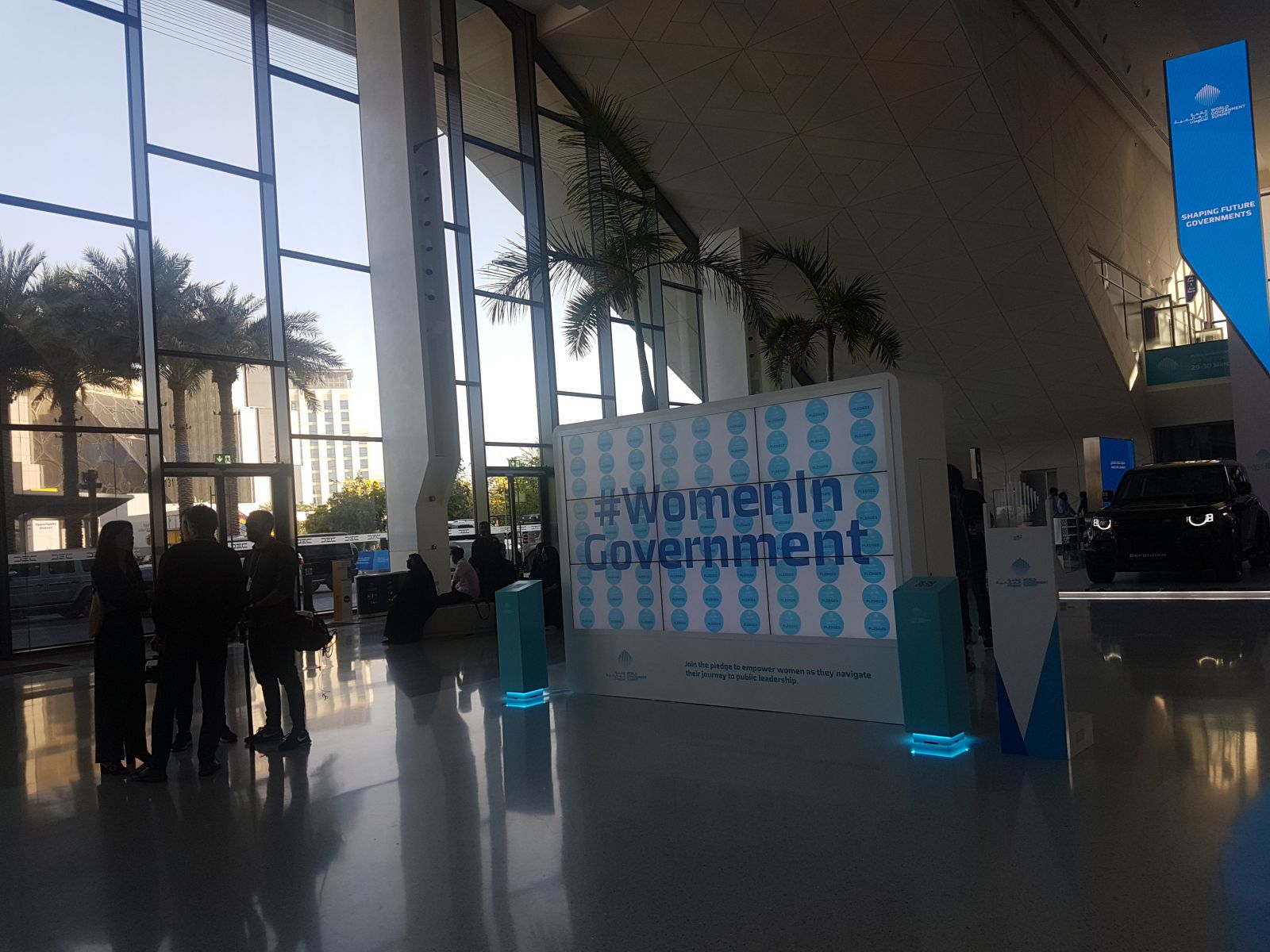 The World Government Summit (WGS) is taking place in Dubai at the time of the closure of the World Expo, which closes its doors this Thursday, March 31st

Leaders who get involved

“There has been significant progress, acknowledges Audrey Tcherkoff, Director General of the Women’s Forum. There are now more women in business and fewer girls being forced into marriage too soon.” But the task remains immense, according to a study published by McKinsey for the May 29 meeting of CEO Champions. March was created, a format that the women’s forum has been developing for several years. The goal is to have leaders work in small groups over a lunch of about two hours on specific issues and get them to commit to the actions that result from their work. challenges was able to take part in this event, which is normally not open to the press.

Thirty executives agreed to take part in the exercise, from very different professional backgrounds but all working in the Emirates. Among them Samar Alshorafa, Creator and Chief Executive Officer (CEO) of She is Arab, the Middle East’s first speaker platform, Ahmed Abdelaal, Chief CEO of Mashreq Bank, the oldest bank in the Emirates, Mimoun Assraoui, CEO of Rif Trust (Resident and nationality advice through investments), Ingie Chalhoub, CEO of the Chalhoub Group (luxury products) which she founded with her husband Patrick, or Rola Abu Manneh, President of Standard Chartered Bank in the UAE.

The lowest percentage of working women in the world

“I joined an almost all-male company 16 years ago and my only two colleagues were happy to welcome me,” said Rima Assi, senior partner at McKinsey & Company, at the presentation of the study. “In the Middle East (countries surveyed: Egypt, Jordan, Lebanon, Kuwait, Oman, Saudi Arabia, United Arab Emirates, ed.) the female labor force participation rate is 18.4%, the lowest in the world 45.9 % the global average, she said. And the Covid-19 crisis has only exacerbated job inequalities, pushing many women out of work, particularly in our region.”

In the Middle East and North Africa (this time including all 22 Arab countries), only 21% of the labor force is female (39% world average). But they represent 43% of people who lost their jobs during the pandemic (54% global average). “But a larger mix equals better efficiency,” recalls Rima Assi. The study puts the additional GDP volume that could result from an increase in the female-male employment ratio in these countries by 2030 at $700 billion.

In sight the neighboring Saudi Arabia

How to turn the tide after a crisis that has deepened gender inequalities? “When it comes to recruiting, all we have to do is change the process, otherwise we won’t make any progress,” says Alexis Lecanuet, Senior Manager Director at Accenture Middle East. “In our group we use anonymous CV and mentoring programs for women and it works,” adds Zainab Faisal Kufaishi, senior executive officer for Middle East/North Africa at management company Invesco. And retaining women once hired has involved days of flexibility between office and home, parental leave, or even three-month leave granted without the need to justify the absence. These footprints were compiled into a list of commitments that the thirty executives present at the “CEO Champions” luncheon signed before they left.

“What happens after the promises?” The question had been asked the previous day during the first conference organized by the Women’s Forum. “We measure,” decided Audrey Tcherkoff, tac-au-tac. In both Dubai and Abu Dhabi, these efforts should be encouraged by local governments. For Mimoun Assraoui (Rif Trust), who says he has “a two-year-old daughter”, there is no doubt: “The UAE has placed women at the heart of its strategy for the next 50 years. They want to be an example for other countries in the region. And especially for neighboring Saudi Arabia, which, as several participants affirm, “has also made progress”. If true, that would be good news for women’s rights around the world.