In the desert of Abu Dhabi, Ibrahim al-Hammadi inspects the operational carriages of the United Arab Emirates’ first partially completed rail network. The 23-year-old young man is the first Emirati train driver in this Gulf state.

The emirates, made up of seven principalities including Abu Dhabi and Dubai, are known for their pharaonic projects, from the world’s tallest tower to man-made palm-shaped islands, and until recently had no railway network.

On board the wagons, Ibrahim al-Hammadi carries out a final technical system check and then sets off. “I was fascinated when I saw the train go,” the young man told the AFP news agency.

“It was something new and that made me want to figure out how to drive it,” he says.

Etihad Rail will span a 1,200km railway linking all the emirates, from Ghweifat (west of Abu Dhabi) to Fujairah on the east coast.

The route, which currently stretches 264 km, currently only operates within the emirate of Abu Dhabi and only carries freight trains. The whole project costs billions of dollars and is far from complete: its construction has long been hampered by inter-emirate rivalry. 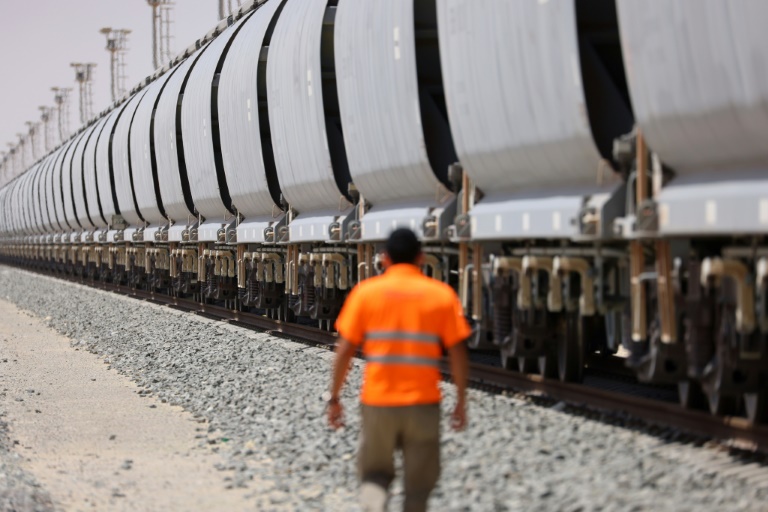 “There has been some reluctance from the federal government to spend money on national economic integration projects as well as the usual Emirati sovereignty issues,” Karen Young, a research fellow at the university, told AFP Middle East Institute.

“The Emirates have a federal system and the centralization of authority, economic policy and development in Abu Dhabi (the capital) is still relatively new,” she adds.

The rail project is part of the stated ambitions of “trade and economic integration” within the Gulf Cooperation Council (GCC), which brings these states together, explains Karen Young.

“This integration has encountered a number of obstacles,” she notes, noting in particular the imposition of an embargo on Qatar in June 2017 by Saudi Arabia, the United Arab Emirates, Bahrain and Egypt.

These states accused him of supporting the Islamists and financing overly critical media, but finally agreed to seal a solemn reconciliation in January after more than three years of estrangement.

At the wheel of his locomotive, Ibrahim al-Hammadi travels the first segment of the Etihad Rail.

Featuring railway tracks through the mountains between the emirate of Dubai and that of Fujairah, the project is expected to include passenger trains capable of speeds of up to 200 km/h.

For the first phase of the project, Etihad Rail has seven locomotives, each capable of pulling up to 110 wagons.

The trains will be an alternative to the vast network of highways in the Emirates, where residents love 4x4s and SUVs.

In the Abu Dhabi control room, Maitha al-Remeithi, the Emirates’ first female train driver, moves from one station to the next, monitoring the room’s dozens of screens. 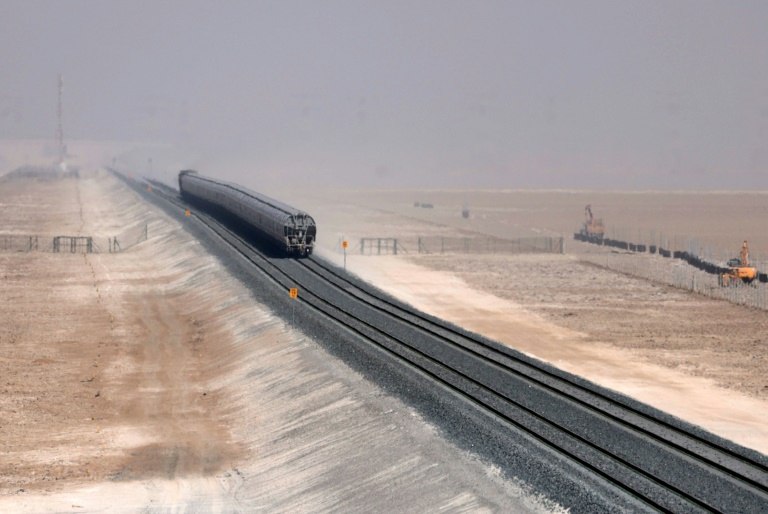 Photo taken on April 1, 2021 shows a train of the Etihad Rail network in al-Mirfa in the United Arab Emirates (AFP – Giuseppe CACACE)

Her passion for something “unique, exciting and new” drove her to this railroad project, which “is growing every day,” the 30-year-old told AFP.

“Being involved in day-to-day operations, I see its positive impact on the transport sector in terms of safety, (respect) for the environment and logistics,” she says.

Etihad Rail claims that a full freight train journey can replace around 300 trucks and cut CO2 emissions by 70-80%.